The conference is officially over, and we are leaving Chalmers to get back to Gothenburg city to see what it is all about. It has been a good conference! 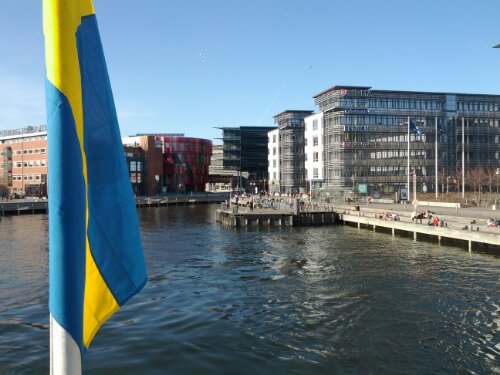 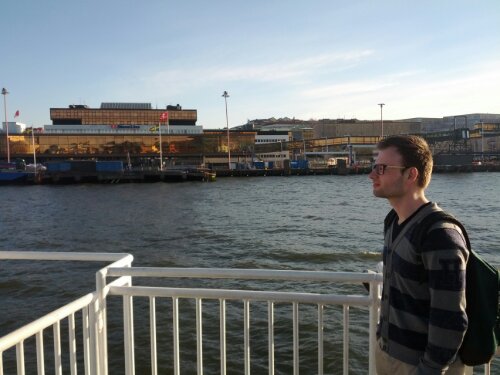 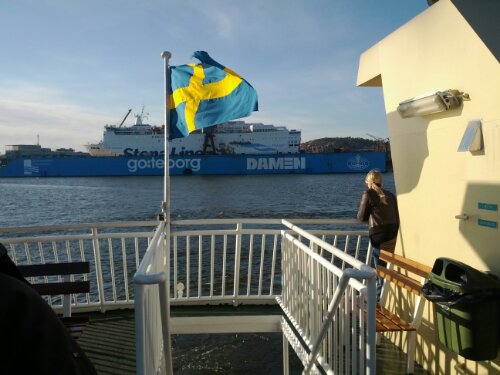 The conference is just about to be over and we are at the award ceremony. And even though none of us won anything, we are proud to say that our excellent P.A., Tobias, got the second place with their concept, Ski’n'Pee! 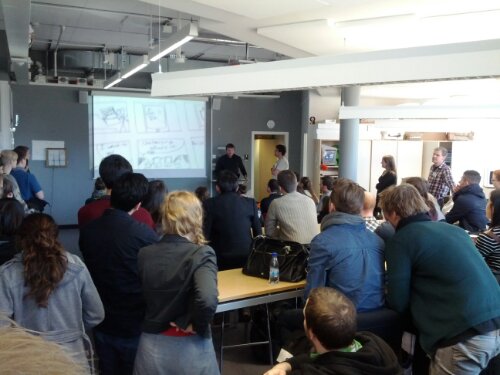 We are back at Chalmers for another day of paper sessions, workshopping and networking. The weather and view is once again great and we are looking forward to another good day! 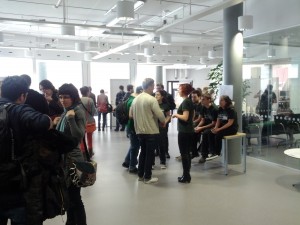 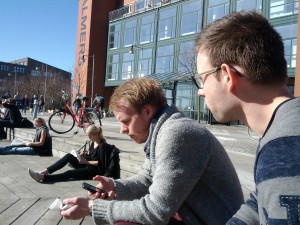 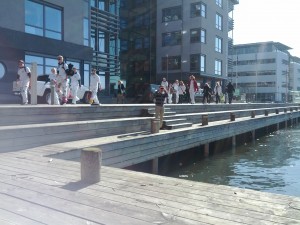 A good day of work is over and now it is time to socialize and party with the other participants. The par is open, the music is loud and everyone seems to be having a good time. Great way to get to now new interesting people! 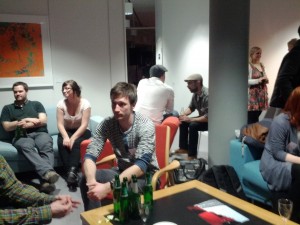 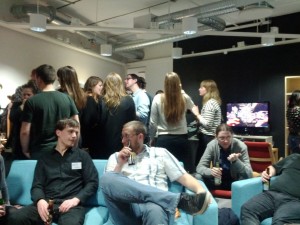 The end of the first day is closing in on us, and we have all been decided into teams and are working on design and prototypes for the workshop project. In short, we have to design some new experiences for the people coming to the Alpine World Cup in Austria next year..

We are right now at the opening talk about gamification and first impressions are good. 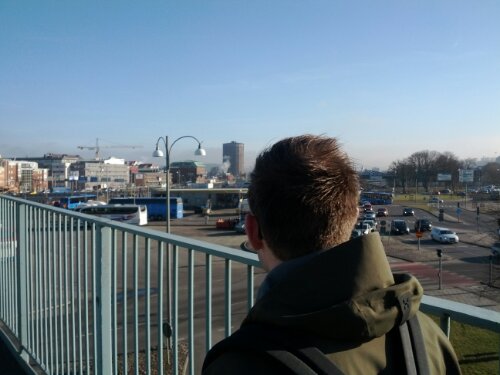 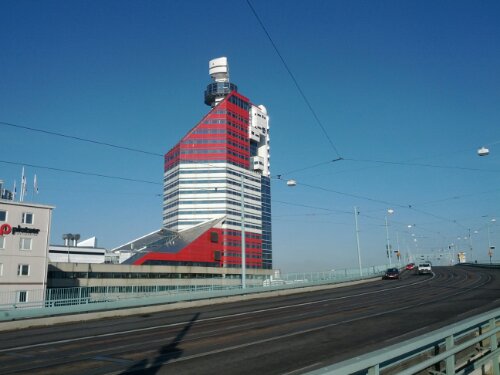 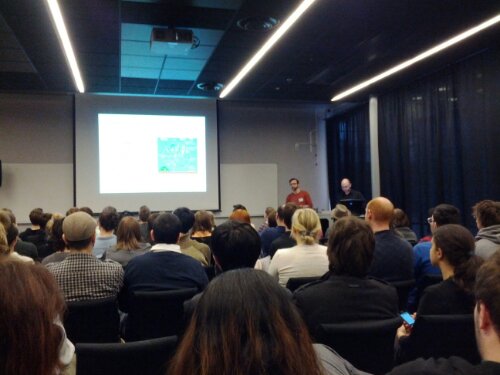 Our article has been accepted at the Student Interaction Design Research 12 conference in Gothenburg, and we have arrived by ferry today.
The weather is great and we are enjoying the city already. Here are some pictures of our arrival… 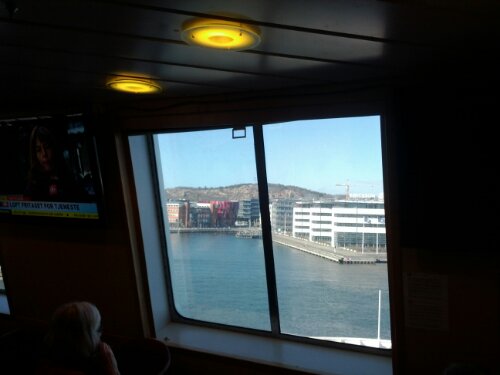 Kuggen seen from the ferry 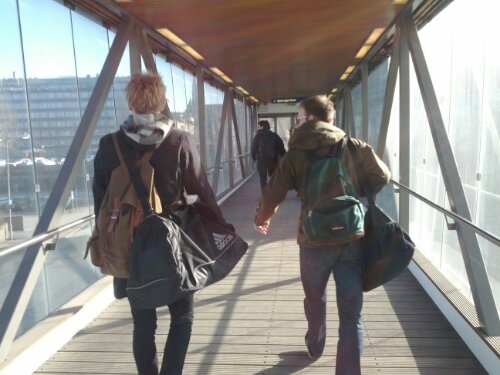 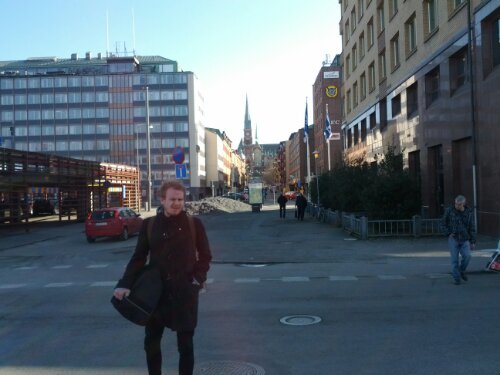 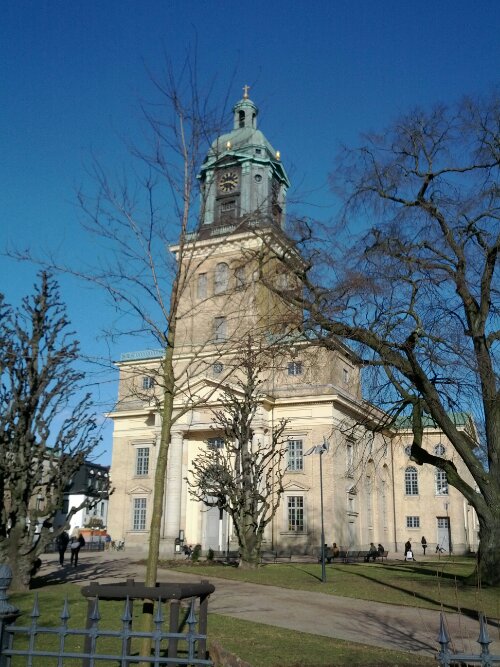 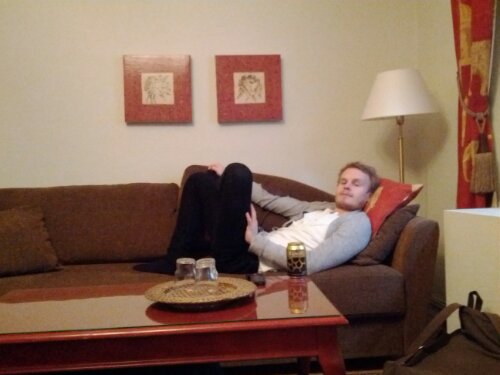 Tobias in our room

Last Thursday we carried out the first user tests. The test consisted of a driving simulator setup where we tested the interface of both the app and the rest of the car, in driving situations.
The main purpose of the test was to get feedback on the design of both the interface on the steeringwheel and in the app we had developed.

All tests where done with the user sitting in the simulator, so they had some feeling of being in the car, and the actual cars design was presented to the user before the test began. And even though our steeringwheel implementation had a lot of lag, especially at high speeds, the quickly adapted to the setting and understood the task.

To get some fresh ideas from the test users, we started the test with a clean steeringwheel and smartphone window, allowing them to think freely and do what ever they wanted with the interface. This gave us some ideas on how the users (ranging from experienced drivers some who only drive a few times each year) would lay out the buttons and interface with the simple restrictions given by law and EcoMove.

After spending some time driving and drawing the new interface we presented the current version as it looks by design of EcoMove and ourselves. We then compared it to the things the users had added, and tested whether the users were able to navigate to app we had designed.

The test were very successful, and the results have been boiled down into a small report, presented to EcoMove. Some of the results will be shared here on the blog, after EcoMove has approved it.

A new page has been added to the site. The page contains a list of all the articles we have have used in our study.

Unfortunately for some of our readers, this page is only readable to our academic supervisor, as they will be available for download, and we are not allowed to distribute them outside the university.

This website serves as a development blog for a project between Danish electric car manufacturer ECOmove and a study group carried out at the Computer Science Department of the University of Aarhus by two students on their final year of their masters programme, Morten Mortensen and Jacob Markussen.

The blog will have two sides to it; one that is for public display, where we will share thoughts and progress updates as we go along, and one that is private, with confidential information, only to be seen by members of the teams and supervisor of the studygroup.

The studygroup is carried out with the blessings of Associate Professor at the Computer Science Department of the University of Aarhus, Marianne G. Petersen, who will guide us and help us stay on course, scientifically and academically.

For more information and/or questions, please contact us from the links at the very bottom of the page!